Maintenance Schedules for Your PorscheFebruary 17th 2017

Porsche service is done a little differently from other brands of cars. Porsche recognizes that their cars may not be daily drivers so the maintenance schedule is divided for those who drive less than 9,000 miles per year and those who drive more than that. This is why it’s so important to use a company like Perfection Auto Works who are experts in performing Porsche repair.

Even if you drive your Porsche less than 9k miles in a year, you should still have an annual service done on your vehicle to make sure there are no larger problems that need to be repaired. END_OF_DOCUMENT_TOKEN_TO_BE_REPLACED

At Perfection Auto Works, Porsche is one of our favorite makes of car.  Mike got his start repairing Porsches so they will always have a sweet spot at the shop.  If you are a fan of the newer models starting around the era of the Boxster, you probably have heard about oil leaks coming from the engine’s rear main seal.  While it’s true that leaks can be common, they don’t have to be expensive if you service your seals on a regular basis.  On the flip side, neglecting the seal until it leaks can be expensive because it’s so deep inside of the engine bay. END_OF_DOCUMENT_TOKEN_TO_BE_REPLACED 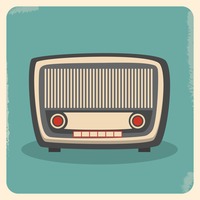